Found passion to become an entrepreneur at Terra State

I think just being able to know that change is going to happen whether we like it or not and we just need to be able to adjust to that change. It sure does make a big difference when you have a great support system like Terra State.

Andrew Stainbrook certainly lives out the phrase “do what your heart desires”, even if that is not the average path of everyone else or it changes when you least expect it.

Stainbrook started as a social work and chemical dependency student at Terra State in 2007. After two years in the program and right before his internships were to start, he took the Minnesota Multiphasic Personality Inventory (MMPI) aptitude test. The results showed that he would not be a good social worker, but he would excel as a business owner or manager.

This test result became the jumpstart decision for Stainbrook to start Dotnet Technologies in May of 2010, with the help of his friend and business partner, Nate Binder. He stopped his social work program and began working full time for his company. Dotnet Technologies is a managed IT service provider with offices in Elmore and Waterville.

“We act as their IT department, so companies hire us to provide them with 24/7/365 monitoring of all their IT assets, computers, servers, networking equipment. Should anything arise while we are looking at their data or if they reach out to us for anything at all, we then dispatch a technician to go on site and perform those services,” said Stainbrook.

Terra State allowed him to stay close to home, while getting an affordable education and more attention from instructors. Classes close to home allowed for an easy commute and the ability for Stainbrook, originally from Gibsonburg, to save on living expenses and have family support. 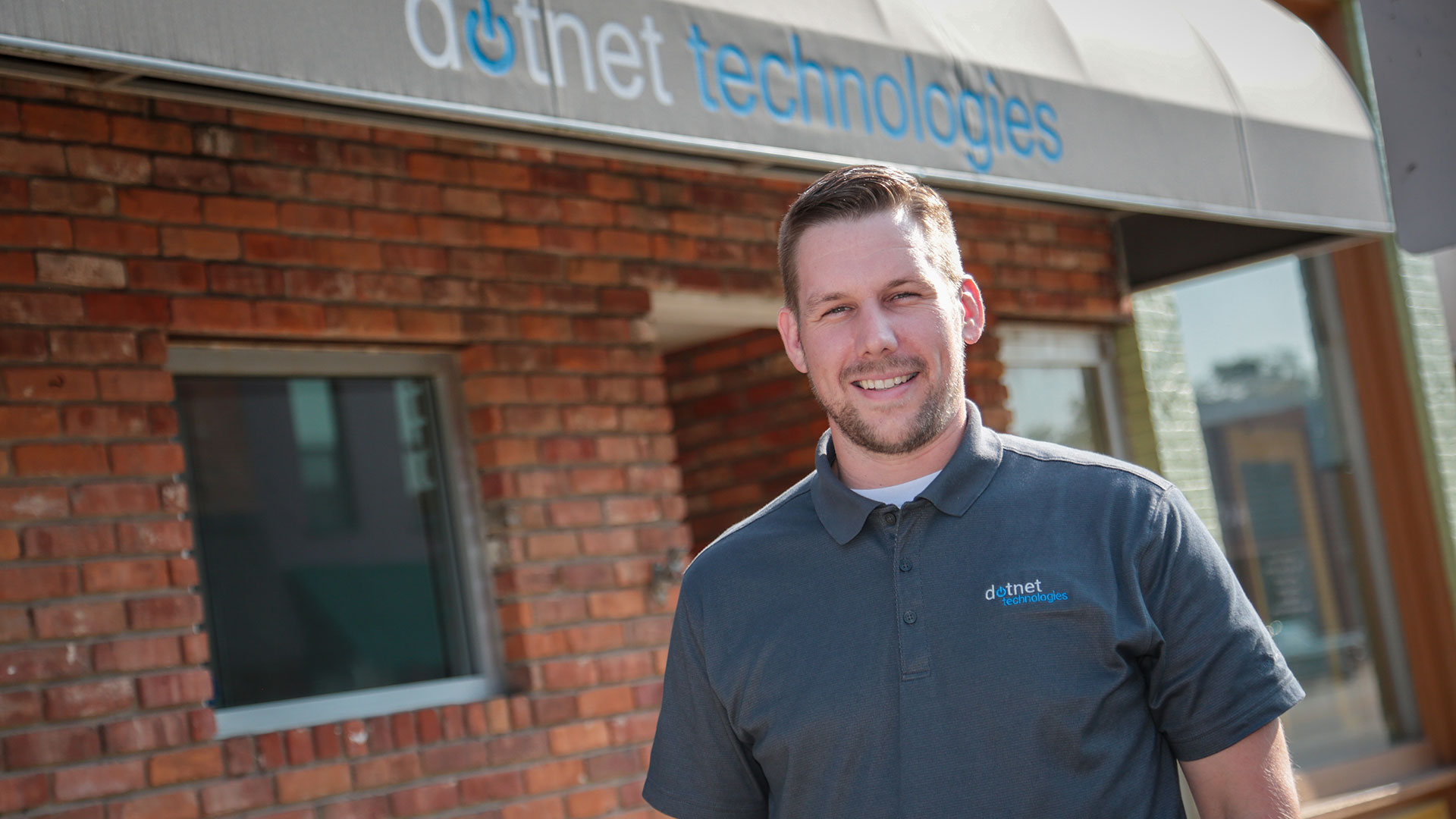 Andrew outside of Dotnet Technologies in Elmore, OH.

As a mentor for high school students at Fremont Ross High School, Stainbrook always recommends Terra State for students looking to further their education and get ahead of peers, simply by focusing on their schoolwork and the prize that lies ahead.

“This is a short period in your life. Enjoy every minute of it and focus on it because it is going to set you on the path to build a stronger future for yourself,” he said.

Stainbrook spends much of his time outside of Dotnet Technologies giving back to his community through involvement in many organizations. He currently serves the Fremont Rotary, the Sandusky County Chamber of Commerce and more.

“I had a few key mentors along the way that really made a big impact in my life….We are all out here on this rock, spinning in space, trying to figure out life. If we are not helping each other, what is the point in it all? That is how I feel about getting involved in various organizations, to not only help the community but to help grow and strengthen our region,” he said.

Even though Stainbrook did not stick with social work, Terra State showed him what he did not want to do and saved him from living a career that he would not be as passionate about in the end. The switch in his career focus did not change the way he felt about his time at the College, but rather is thankful for all opportunities he was given. Stainbrook is thankful that Terra State gave him the structure and the mindset to focus on the path that he was meant to take.

“I truly feel if that did not happen, my life trajectory would be extremely different,” said Stainbrook, “I think just being able to know that change is going to happen whether we like it or not and we just need to be able to adjust to that change. It sure does make a big difference when you have a great support system like Terra State.”