When I first visited, the faculty, classroom and overall environment attracted me. I felt very welcomed." ~ Dilia Samadova

Growing up in the third-world country of Tajikistan, Dilia Samadova was told that she did not need an education because she was a woman. While a widely accepted thought to many of that culture, Dilia did not believe it. “From my own experiences, I know that education is the key to everything,” she says. After completing high school in her native country, Dilia came to the United States in 2012 with a dream of becoming a teacher.

To begin pursuing her dream, Dilia looked into community colleges because they are more affordable and she could graduate debt free. “A co-worker recommended Terra State Community College,” says Dilia. “She described the College as very accessible and friendly. When I first visited, the faculty, classroom and overall environment attracted me. I felt very welcomed.” Plus, it was close to home, which was important to Dilia. 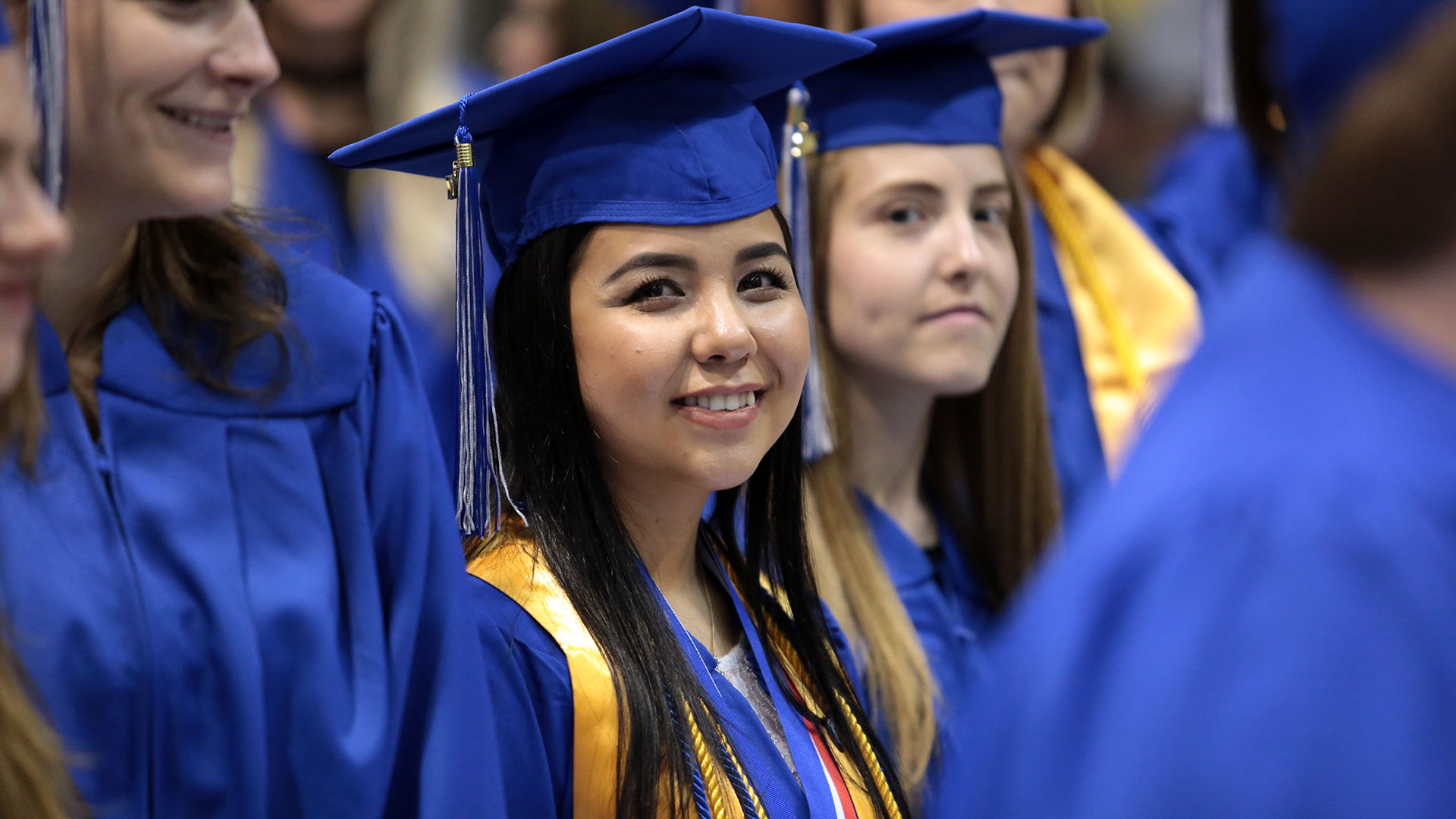 Dilia felt very welcomed by the faculty and atmoshpere of Terra State.

It all started when Dilia's co-worker recommened Terra State so she looked into completing her education here.

Dilia discovered her passion for education at Terra State and is now pursuing her bachelor's degree.

At Terra State, Dilia was a success in and out of the classroom. She was named to the Dean’s List, was a Fremont Rotary Student of the Month and was named to the All-Ohio Academic Team. She was active in the honor society Phi Theta Kappa and the Student Government Association. In 2017, Dilia earned her Associate of Arts, completing the first step to becoming a teacher. “I had a great classroom experience at Terra State,” she says. “The small class size allowed me to build relationships with fellow students and professors, like Michelle White, who I had a great relationship outside of the classroom, too.”

Dilia can now be found on the Walsh University campus in Canton where she is pursuing her bachelor degree in education with a minor in sociology. For those looking to follow in her footsteps, Dilia has this advice. “Be curious and ask as many questions as possible. Build a relationship with your professors because they are there to help you graduate. Most of all, be courageous and don’t be afraid to stand up and talk.”